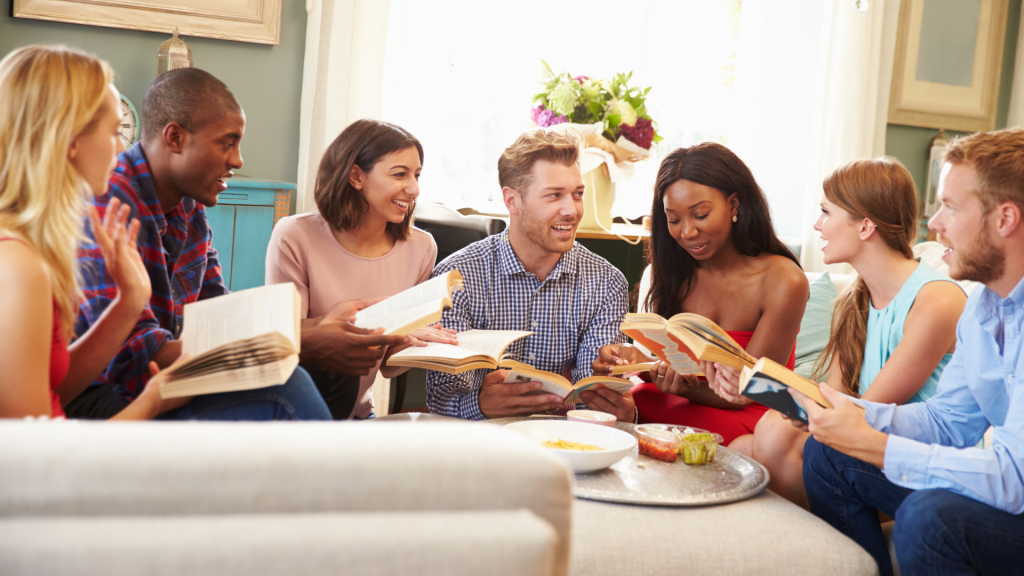 When Oprah Tolled the Bell for Her Book Club

by Carolyn Howard-Johnson, author of the multi award-winning series of HowToDoItFrugally books for writers

The news reverberated not only through the literary book community but throughout the entire book world.  The first message I read was cryptic: Oprah would no longer recommend book titles on a monthly basis.  I was devastated.  I wanted to know more.

I turned to The New York Times.

Oprah was quoted: “It has become harder and harder to find books on a monthly basis that I feel absolutely compelled to share…”  Now, I was just plain confused.

Did Oprah mean it was harder because there are none out there to choose from?

I can’t believe that.  If rumors are true, her slush pile makes Mt. McKinley look puny.  I visualize two floors of readers in a building the size Grand Central Station.  Toiling nearby are young lit majors all, feverishly combing through what they “think” might impress Oprah enough for them to submit a recommendation.  I see them as incredibly eager to please and not too keen on making mistakes; they naturally turn more and more to the recommendations of the time-honored publishing houses and reviewers and everyone knows those guys haven’t taken any risks on new authors for at least a couple of decades.

This of course, is opinion, but I think if readers go back over her selections for the last few months before she quit way back then they might smell the same stagnant book-breath that I have:  Jonathan Franzen of New Yorker, he of “most ungrateful artist of the year” fame, is among those chosen.  So are at least three titles by Toni Morrison, at least two by Bill Cosby.  Others include the totally “unknown names” of those times—Joyce Carol Oates, Isabel Allende, Maeve Binchy, Elizabeth Berg and Barbara Kingsolver. And, yes, those quotation marks connote irony.

At first Oprah’s picks were authors of little renown. She chose novelists with important things to say and a unique way of saying them and didn’t give a T-tinkers darn who published the book or if the author’s name was known to anybody.  It is said that her well-intentioned program became inundated with hopefuls.

I’m sorry. I get diverted. I was saying that I am confused.  Was finding a good book with a literary slant harder because books that fit Oprah’s priorities were becoming rarer? I happen to know that several large publishers of the time (then called embarrassingly “vanity” publishers, a term that reeks of #bookbigotry!) were flooding her offices with boxes full of their mostly poorly edited books as part of a “promotional program” they charged unsuspecting authors upward of $300 to present to her. It was unlikely, but there might have been a real diamond among the unformed hunks of carbon in those boxes! Unformed hunks with poorly designed covers by the cartsful would not have attract her attention or even the attentions of her those assigned to find the best available in the pool of new talent.

To my knowledge, Oprah did not open those boxes. I certainly hope she did not mean that books of worth were not out there, then or now. I prefer to believe—after all, she has done for readin’ and writin’—that she is saying that her book selection program got out of hand. It was too expensive, to unwieldy, too fraught with personalities and personal agendas–to put up with it anymore.  That is what I hope she was saying.

The reason I long for that interpretation is that I think she was doing the right thing and I would like the literary world to focus on that, not on the idea that she has no confidence in America’s pool of young talent.  I would like the publishers and reviewers and readers to consider what she may very have well seen for herself—that the club had, in the last few months, lost the discovery quality it once had.  It certainly wasn’t only the Franzen snafu. Each time a new selection was announced, I rather absently wondered where all the new blood, the new themes, the special warmth had gone. Her choices seemed to throw up the by-lines of those we had already seen, those who needed no more  exposure than they already had (see the list above). It had been a long time since an obscure press or name appeared on her list and I don’t think it is because none of them had published worthy books.

In other words, Oprah was selecting books that her audience needed no “help” in finding.  These were books that would have made it to the New York Times list on the momentum of their authors’ names and their publishers’ names alone—no help was needed from Oprah, thank you.

So if the expense and red tape of Oprah’s program got out of hand, and the service she was providing was deteriorating to more of the same provided by every other top ten list in the country, then she exercised the same savvy aptitude for decision making that has propelled her to the top of her field. If she is saying, “This is enough.  It isn’t doing what it is supposed to do,” then I applaud her.

Trouble is, the industry missed Oprah and so do those few outstanding authors out there twisting in the wind—the ones who, without the Book Club’s support (as it was originally conceived)—will never, ever be discovered. I understand she is back again, though it doesn’t seem she is as active as she was. Let’s just say she may have missed the best time to shoutout the good books that might have done some great good in trying times. Or we can say that what has been said before. American Greed got the best of us. We are all at fault. Desperate authors looking for the easiest way to be recognized. Celebrities like Oprah doing the best they could but missing the perseverance quotient. And some really spammy publishers who finished off the glowing possibilities of discovery we all hoped for.

MORE ABOUT OUR GUEST AUTHOR

Carolyn Howard-Johnson is the author of “This is the Place,” a multi award-winning literary novel with a dash of romance and a dollop of history, now out of print and available on Amazon’s used feature for about $1.  Ditto for her next book of creative nonfiction, “Harkening: A Collection of Stories Remembered.”  Since then she has written several how-to books for writers and partnered with a fellow poet on their Celebration Series of poetry chapbooks. And, no, she hasn’t given up hope for a publishing sweet spot when more voices might help to change the world using ideas and words. A world where the world writes “…Truth and Justice with Capital Letters, lie and oppression with small… .” as Nobel winner Czeslaw Milosz has famously and poignantly called for.