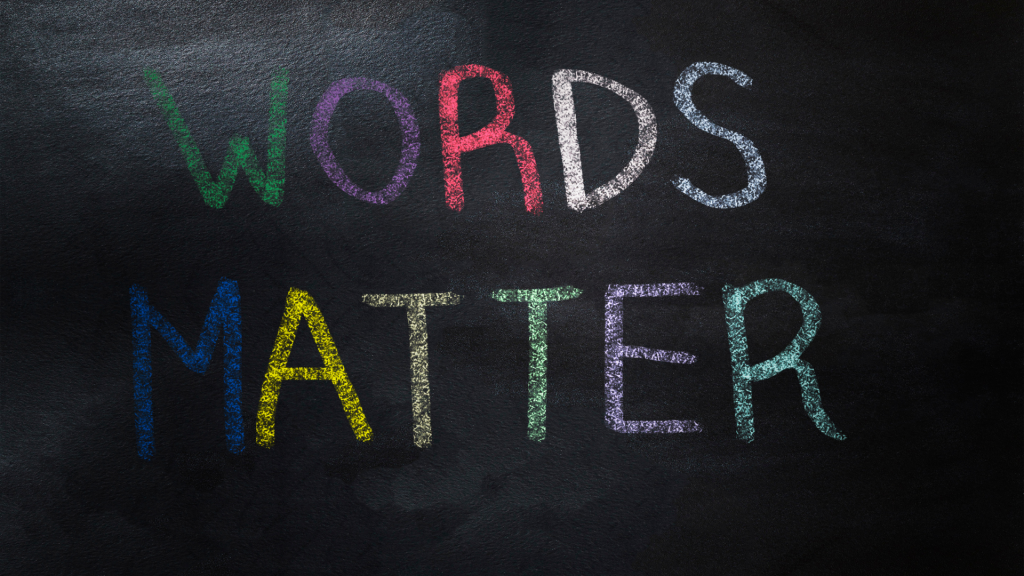 What We Write Matters

What we say and what we write carries weight, makes a difference.  A few words from a president can set off alarm bells. A phrase from the fed chairman can make the stock market soar or ignite a selling spree. And it’s not just the words of major players. During the past two years, we’ve learned the hard way that dangerous misinformation shared on social media platforms actually cost lives.

Our words can wound or heal, can obscure or reveal. We’ve learned long ago the saying, Sticks and stones can break our bones, but words can never hurt us, is clearly not true.

Another great writer came at this issue from a slightly different angle. At a recent writers’ conference, I heard the best-selling mystery author, S. J. Rozan, explain to the audience, “Non-fiction is about reality; fiction is about truth. Or at least should be. Truths can sometimes be revealed in fiction far better than in any non-fiction forum. This incredible insight has stayed with me ever since.

As an author, I‘d argue that one important purpose of memorable fiction is to share the truths about life, love and sometimes even death.

I’m not naïve. I realize readers don’t choose a mystery or a thriller or even a romance because they are searching for insight or revelation. James Patterson is not a bestselling author because of his philosophical outlook on life. Fiction lovers are not browsing book shelves in bookstores—okay, checking out Amazon or BookBub listings—because they are searching for the meaning of life. They want to be entertained, to be scared to death, to be drawn in and forget their world, or maybe to fall in love inside the pages of their newest discovery.

But I believe fiction authors have an important responsibility. First, we need to assemble the essential ingredients to capture readers’ attention—a plausible story line (mostly), credible characters, a setting readers can enjoy, and most important, a compelling narrative. But I also believe if we, as authors, are fortunate enough to command our readers’ attention for hours of their precious time, they should come away with more than just solving the mystery, seeing the bad guy captured or even making their heart race. Fiction should convey a truth, sometimes even a truth that can’t be conveyed via nonfiction—at least not as well.

As a classic example of this, I’d like to offer the 70s TV series “M*A*S*H.” (To be precise, the TV series was a based on a movie, which was based on the book—all of the same name.) For those too young to be familiar with this incredibly popular “comedy” series, either in its original run or in syndication, M*A*S*H was the story of a fictional Mobile Army Surgical Hospital during the Korean conflict in the 50’s. (Its final episode had the largest audience for a sitcom episode ever, 125 million viewers.) Although the show was booked as a sit-com—and some of the shows were crazy funny— the episodes laid bare the brutality, horror and senselessness of war. Even though set two decades earlier in Korea, M*A*S*H was a cleverly staged satire on the Vietnam War and war in general. In fact, this fictional show may have done as much to tip public sentiment against the Vietnam War as all the demonstrations and op-eds combined.

Fiction is about truth.

So, as I wrote my novels, I paid special attention to my words… and what I chose to write about. I’m not naïve. I realize readers pick up my Haunted Shores Mysteries looking for puzzling whodunits or perhaps hoping to escape to one of my incredible locations—did you know Cape May has one of the top 10 beaches in America?—or even to experience a little “who-hoo.”

But my novels are about more than cold case murders, a ghost or two, a thread of romance, or even breathtakingly beautiful resorts. I’m also careful to cast my narrative to tell a larger truth. A truth about us, about our society, about how we treat each other. In the first entry, BLOOD ON THE CHESAPEAKE, my hero’s investigation of a young man’s death becomes entangled with the thorny issue of racial injustice. My tale is set two decades earlier but the issue Darrell confronts—discrimination and racial injustice—is still incredibly problematic today on the Eastern Shore of the Chesapeake Bay, as well as much of the country.

In the second novel, CRIMSON AT CAPE MAY, my hero, Darrell is stalked by a young bride seeking justice for her murder, five years earlier. When he looks into her death, he stumbles upon a far greater crime—both in 1999 and still now—the horrific crime of human trafficking. My murder mystery gives me the opportunity to expose the ugly truth about this scrouge on human nature.

In the third installment, SCARLET AT CRYSTAL RIVER, I set my sights on an equally compelling social issue, one not very well understood by most Americans. Darrell and his new wife Erin head to the quaint town on Florida’s Gulf coast for a romantic honeymoon, but the ghosts of two murdered children have other plans for him. As Darrell tries to unravel the mystery behind the disappearance of two young Latino children, he is thrust in the middle of our “immigrant problem,” as they might say on the news. As I completed my research for this novel, which takes place more than twenty years earlier, I was amazed how little has changed on this issue. As a nation, we’re still struggling today much the same way we were in 2000 with how we deal with “the hungry, the poor, yearning to be free” as is inscribed on the Statue of Liberty.

My words in these pages are not intended to persuade anyone. Like my efforts in CRIMSON about human trafficking, in SCARLET I’m hoping my writing may cause readers to pause and want to learn more, this time about the plight of migrant workers—and not simply accept the soundbites about these incredibly important issues on TV or social media.

I hope my fiction portrays truth. I believe that’s an important responsibility. More than success or popularity or fame, I hope my words matter.

“One thing that is particularly special about Overbeck’s books is that they unabashedly tackle social issues within their plots. Already having discussed racism and human trafficking in his first two books, “Scarlet at Crystal River” once again forces readers to confront a particularly pervasive and dangerous social issue. This book, in particular, touches upon the dangers of racism and xenophobia, as well as emphasize the often-ignored plights of the hundreds of thousands of migrant workers who are the reason we are able to have such a variety of fruits, vegetables and other resources in our daily lives.”—Reader Views

Dr. Randy Overbeck has served children as a teacher, college prof and school leader for more than three decades and this experience has infused his writing with a rare authenticity. Using the canvas of the normal, sedate public school, he has crafted tales of suspense, mystery and breath-taking action, where his characters—teachers, prinicpals, janitors—face daunting, out-sized challenges such as a terrorist attack or a murderer.