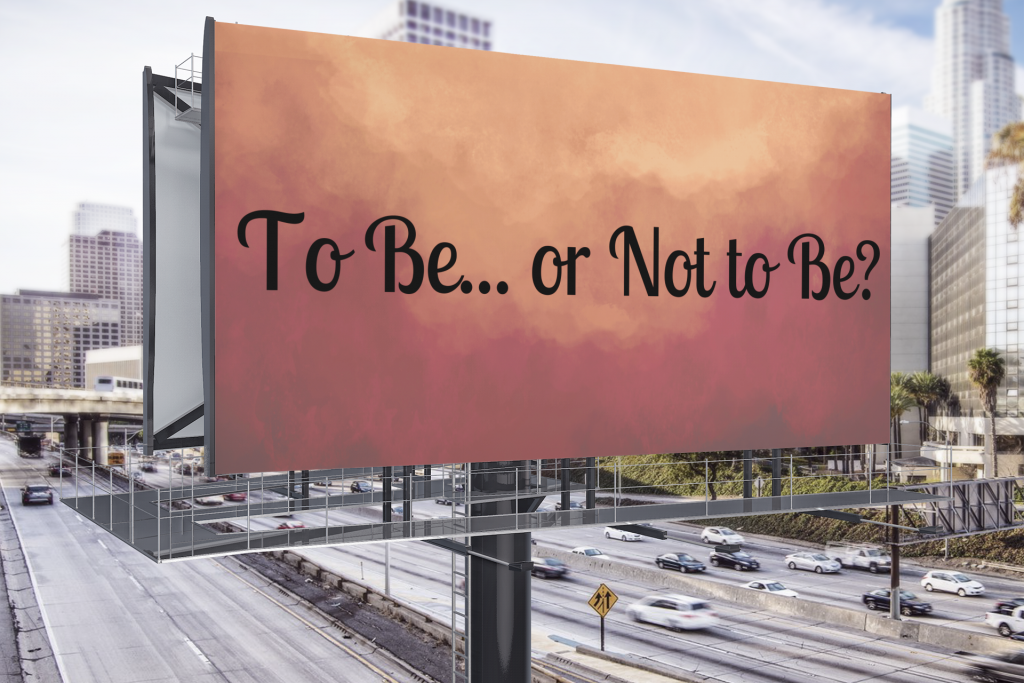 by Alfred J. Garrotto, Author of Inspector Javert: At the Gates of Hell

How much do passive “to be” verbs sabotage the power of your fiction and nonfiction writing? Do they add zest and quicken the pace? Do they keep readers turning pages long passed their sleep time? Or do they dig one pothole after another on the road to great writing?

This article makes the case for employing active, power verbs as the foundation of a smooth literary highway. Why? Because power verbs add zing and zest to any author’s writing. Yes, professional writing in both fiction and nonfiction cries out for the use of strong verbs.

Let’s take a closer look those pervasive forms of “to be” verbs: Be… Being… Been… Is… Was… Were… Am… Are.

The most impactful writing—in all genres—demands the use of power verbs rather than settling for a preponderance of weaker “to be” verbs. Writers at all levels of expertise slip into the habit of putting the subject at the end of their sentences. For example:

“She was last sighted at the grocery store by four witnesses.”

Instead, let’s upgrade to a crisper, more potent subject-verb structure:

“Four witnesses swore they saw her at the grocery store.”

The power verb option trumps its weaker counterpart. In your writer’s toolbox, the only prize “to be” verbs deserve is the “boobie” prize.

Before coming after me with a “tar and feather” posse of prose police, let me lay out an important exception to excluding “to be” verbs in your writing. Quoted dialogue must capture an individual speaker’s own word usage (or dialect). When writing dialog, the use of power verbs may produce stilted, out-of-character language. Another exception… you can choose a “to be” verb when the flow of your  sentence absolutely demands it. But you do well to make that weaker verb prove its worth.

Let’s address a key question: Do readers really care if the book they’re reading comes loaded with “to be” verbs?

Many bestselling authors use dozens—hundreds?—of “to be” verb forms in their books. Sometimes I wonder why their editors and publishers let them get away with it. Have we reached a point where an author’s name on the cover guarantees sales… so why bother?

One of my favorite authors, Steve Physioc, wrote a two series of novels I enjoyed and wrote 5-star reviews for: The Walls of Lucca and it sequel, Above the Walls traces an Italian family from the end of World War I to the end of World War II. And an ongoing series beginning with Walks With the Wind. Steve uses lots of “to be” verbs. So, what makes his books such great reads? Masterful storytelling overshadows the lack of power verbs. Physioc’s writing demonstrates his great plotting talent, his storylines, and appealing characters—even the villains. These overarching strengths draw his readers into the plot and action. And they keep turning pages.

I recently traded books and reviews with an author I have not met in person. I loved the author’s historical novel, Tryptic. This fine historical novel traces the history of religious statue from the 1300s to the present. The author’s book contained lots of “to be” verbs. I took the h-u-g-e risk of sharing my thoughts about the preponderance of those verb forms. The author responded, “I totally disagree with you… but I’ll be more aware of it in the future.”

Without question, an exceptional story featuring characters the reader grows to care about can override a lack of power verbs. But imagine the added value of offering readers prose that “snaps, crackles, and pops.”

When editing your work, look out for unnecessary “that”s. Make every word in a sentence prove its right to exist. As writers serious about our craft, we can always  sharpen our prose… if we’re willing to put the editorial work into it.

Only within the last few years did I decide to write using mostly, if not all, strong verb forms. No matter what I’m writing. I call this “getting rid of the weeds.” To test my conviction, I committed myself to writing my most recent novel, Inspector Javert: at the Gates of Hell without a single“to be” verb. Quite a challenge… but I did it! Despite the gravity of the story theme drawn from Victor Hugo’s Lés Miserables, the novel skips right along. The most common accolade in Amazon reviews and from Reader Views features some form of “couldn’t put it down!”

In closing, I invite you to do the following power verb exercise. I’ll supply the first draft and invite you to convert it into more potent prose:

I was walking down Main Street the other day and saw a guy who was standing on the other side. He looked like he was in pretty bad shape. It didn’t help that he was draining the last ounce from a whiskey bottle. Maybe he was on drugs too. I kept going because it was none of my business. Nope, it sure wasn’t. Besides, I was on my way to meet my girlfriend.

How would you rewrite that scene?

Here’s another power-writing tip. Get rid of as many “said” and “say” verb forms as you can. Instead of writing: “‘I love you,’ she said.” Why not add some zip and spice.  For example,

“‘I love you.’ She leaned in closer and breathed it again. ‘I really do.’”

See the difference? You can’t do away with every “say” form but doing so offers a welcome relief from the dull monotony of sleep-inducing “he said” and “she said.”

What’s the point of all this angst over weak and strong verb forms? Why worry about overuse of “she/he said” and “that”? Writing with a focus on power verbs and crisper sentences will reward you with a new and better prose style. Action verbs add power and punch to our writing. Even if you are a published author, you can always learn something new about your craft. As an author, published or not, you do  well to consider yourself a learner… till death parts you from the written word.

Here’s a practical suggestion for implementing the concepts raised in this article. Write your first draft from the heart. Don’t worry too much about verb forms. In subsequent drafts, sharpen your writing, going through each draft weeding out those passive, feeble “to be”s and other weak and unnecessary word forms that creep into your writing.

Try it. You’ll like it. And most important, so will your editors and readers.

Alfred J. Garrotto has authored 15 books including both fiction and nonfiction. His range of theatrical and literary interests began when he started working in movies as an extra at the age of seven. His fiction and nonfiction writings cover a variety of topics ranging from spiritual themes… to the arts… to mainstream and steamy romance novels… and poetry.  His 2021 novel, Inspector Javert: at the Gates of Hell earned a Reader Views 5-star gold seal review.