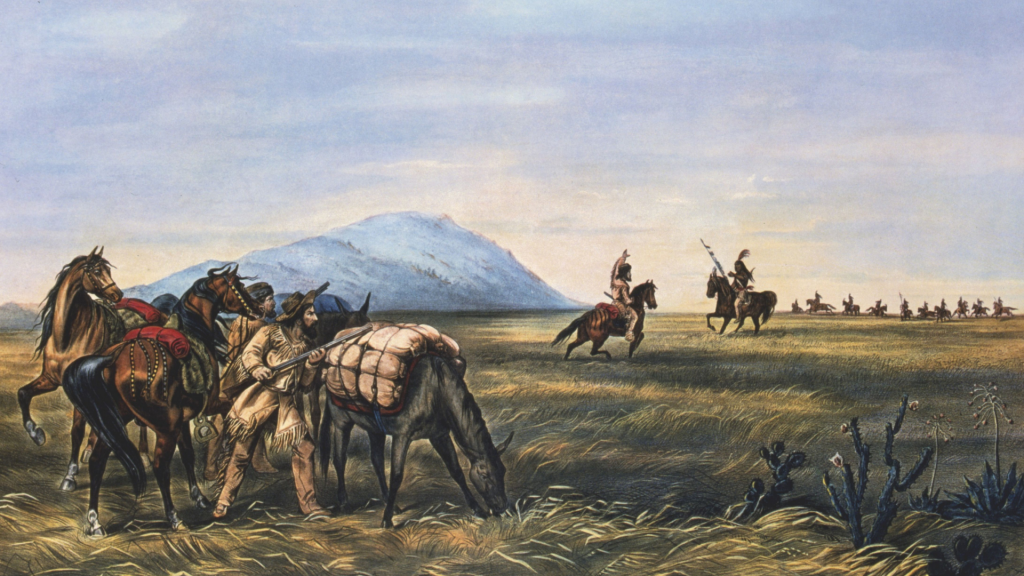 “The Europeans: Bringing Civilization to North America (If you believe in fairies)”

We all know Disney’s sweet little story about Cinderella. It was a close adaptation of Charles Perrault’s Cendrillion (1697). The Brothers Grimm’s version is as different to those of Disney and Perrault’s as a blood sausage is to jellyrolls. In the folktale the Grimms relate, one stepsister cuts off her toe in order to fit her foot into the golden shoe, the other stepsister chops off a heel. Then birds from a magical tree peck out the stepsisters’ eyes.

Folktales, passed orally from generation to generation, reflect the values of a community and entertain while conveying moral lessons, this amusement factor probably accounting for why the stories were retold and survived. (The message in Grimm’s Cinderella is clear—don’t be mean, especially to a half-sister who is friends with birds.) In terms of horror, folktales are often worthy of Stephen King. They are replete with references to our body’s nether regions. Folktale historians gather and keep these stories intact. Modern writers bowdlerize them and produce G rated stories like Disney’s Cinderella. No gouged eyes in that one.

This country has folktales about the frontier hero, men who “tamed the wilderness.” What isn’t mentioned in these stories is the dark side of the “pioneer spirit”: the massacre of Native people, the racism toward them and African-Americans, the exploitation and destruction of the environment. Our history is scrubbed of historic facts and is as squeaky clean as Disney’s Cinderella in her Dior inspired dress. Stories creating a mythical West in movies, books, and comics, aren’t in the past but are the folktales we continue to pass on, the concept of Europeans “settling” this continent imbedded in our culture. As a former presidential candidate (2012, 2016) recently remarked:

It is this kind of attitude that my new novel, Ghost Dancer, seeks to challenge with its story about a courageous young woman who escapes the prejudices of a small town without having to marry a prince. She triumphs on her own. And although experiencing the magical, no one is blinded by birds.

Rather, spirits of the Ghost Dance allow her to see her destiny—and ours.

With Ghost Dancer I am a white male writing about a teenage girl, Native and African Americans, and a same sex, female relationship. Am I also  “…a white liberal interloper, a cultural [gender] carpetbagger…” the criticism leveled at William Styron for writing The Confessions of Nat Turner? (William Styron’s Nat Turner: Ten Black Writers Respond.)

My mother was sadistic, my father beat me. A murderer and sentenced to the electric chair, he died in prison. I know about childhood abuse and marginalized people. Because of my own childhood struggles I could write about Eleanor’s with an empathy that hopefully, transcends gender.

My last novel, The Butcher, was a semi-finalist in the 2018 William Faulkner-William Wisdom Writing Competition and a 2019 Montaigne Medal Finalist in the Eric Hoffer Writing Contest.  Also, the Strassler Center for Holocaust and Genocide Studies at Clark University added a copy to its library collection, finding the story helpful to the Center’s students and faculty doing research.

My first novel, A Satan Carol, was a Kirkus monthly pick. When living in Florida, I had a novella selected as a finalist in the Florida Governor’s Screenwriting Contest.  (I also, for a short time, practiced law there). Before COVID, I taught the martial arts to children and adults on the autism spectrum. I am married, have four children, two cats and a dog (Brownie).

To learn more about Alan S. Kessler and all of his works, visit his website at: https://alanskessler.com/

This eclectic tale delivers an intriguing outsider…The author has created a captivating protagonist grappling with her identity.

In 1958 at age 9, Eleanor Wilson sneaks out of her parents’ marble mansion and among the grave houses in an Indian cemetery plays with the faceless doll she made from wood and corn silk. Twilight shadows gather around her. She runs home.

Her mother is waiting.

“An Indian without a face. It’s hideous.” Constance Wilson takes the doll and burns it.

That night in her bedroom, Eleanor watches the doll, shriveled by fire, materialize out of the darkness. “Cry for your mother,” it tells her.

Eleanor is chosen. Nine years later, lonely, insecure, controlled by the rigid rules of her parents, she enters the realm of spirits and when discovering the secret about herself, learns how she can save a dying world.