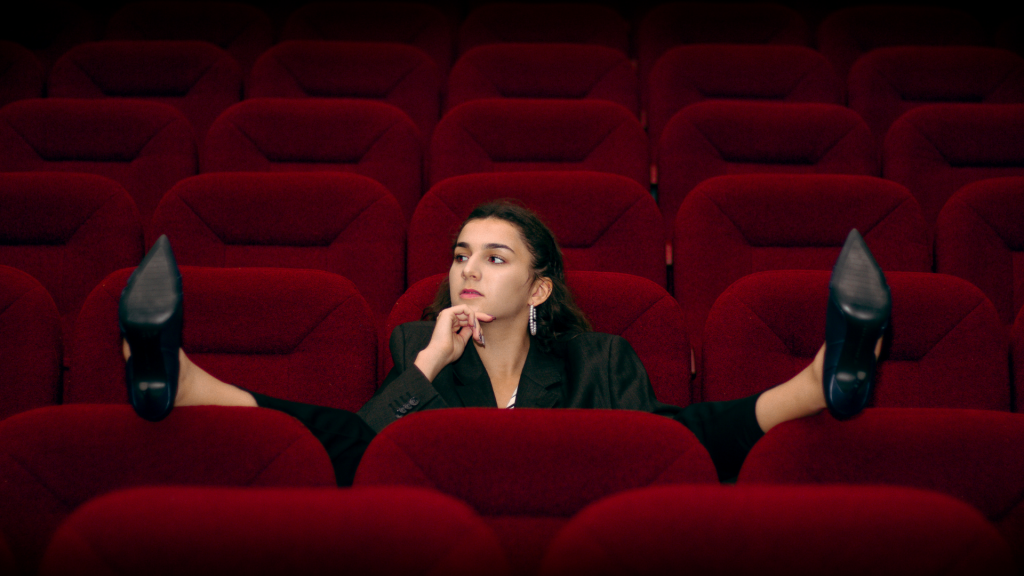 How Improv Comedy Made Me a Better Writer

Every writer has experienced the magical moment in which a story genuinely surprises them.  Whether you’re a plotter or a pantser, to watch your characters take over, driving the action to lands beyond your outline, is thrilling.  When the deus powers on the machina and a plot twist falls from the sky, somehow, you’ve tapped into the well of creativity, and the results are often far better than anything you hammered out in a synopsis.

Who among us hasn’t stared at the computer screen, scratching their head and muttering, “where the heck did that come from?”  Though often accompanied by a chuckle, the question is a serious one.  Where does the well of creativity lie?  And how can I tap it more often?

My day job is being a professional actor.

The wisdom of that choice is up for discussion, but that’s a whole other post.  Anyway… As part of my training, I studied Improvisational Theater.  Remember the television series “Whose Line is it Anyway?” Or maybe you caught Lin Manuel Miranda’s hit Broadway show, “Freestyle Love Supreme?”  The basic premise of improv is that scenes are made up live on stage in front of an audience.  Terrifying and hilarious, improv is a form that exists every moment in the creative place where artists surprise themselves and their scene partners.

But don’t writers perform improv every time we pick up a pen? Sure, we may have an outline or a structure (as do many improv actors by the way), but writing is ultimately making up stories as we go.  Therefore, if we adopt some of the guiding principles of improvisation, perhaps we can open ourselves to the font of inspiration in a more intentional way.  So, allow me to offer four rules of improvisational theater to open the creative floodgates in your writing.

I mean really listen.  You came up with the idea for the scene.  So, step into your characters’ shoes and listen with your whole self.  The leather clad hero pulls up on his motorcycle, whips off his helmet, and says, ‘Hey, darlin’, wanna take a ride?”  Your writerly plan might call for the prim and proper heroine to shut him down posthaste.  But how does the word “darlin’” land in her belly.  What happens when the motor’s hum vibrates in her chest?   When she runs her gaze over soft, supple leather, what does her body want to do?  Listen to every detail, spoken and unspoken, and suddenly your heroine’s response and subsequent behavior might go in a direction you never anticipated.

If your improv scene partner enters the stage and says, “Oh my goodness, you’re bleeding from the head,” you, as an actor, may not say, “No I’m not.”  Denying the reality your partner created kills the scene instantly.  Instead, you must accept that reality and then build on it.  “No wonder I’m seeing double,” you might say.  “Was I bludgeoned by that can of soup?” Back to our story: your hero whips off his motorcycle helmet and proposes a ride.  So, when your heroine feels her knees turn to jelly, don’t shut her down because your outline says so.  What if she says, even just to herself, “yes…and”?  Yes, I want to go for a ride, and I’ve got my grandfather’s old helmet in the garage.  Yes, I’ll put it on, and oh dear my bun is in the way, and just wait one second while I unpin my hair.  Now, she’s really in a pickle when her brain finally steps in and says, “Don’t you dare mount that beast with a dangerously alluring man.”  Say yes and.  Until you absolutely can’t any longer.  Then say yes again.

Generality is the enemy of storytelling.  You can quote me on that.  Your hero doesn’t just arrive on a motorcycle.  He skids to a halt on a 1936 Harley Davidson Knucklehead, whips off a face-concealing helmet, and reveals piercing blue eyes and the perfect dusting of stubble.  Now she has something to say yes to.  That beautiful machine looks more steampunk than road hog—a paradigm-shifting ride for the man she thought she had pegged.  On stage and on the page, details make life complicated.  Complications spawn story.

The best improv actors leap into crazy scenarios with 1000% commitment to who their character is, how they feel, and what they want.  Trailing her gaze over the sexy lines of that bike, your heroine isn’t just a teensy bit weak kneed.  Nearly incapacitated, she takes a step, and her legs give out.  She stumbles, dropping her grandfather’s helmet which rolls under the bike, causing her to bump foreheads with the hero when they both lunge to pick it up.  Who expected that to happen?  Not those two, and certainly not you, the writer.  That knock on the noggin shakes some sense into her, and now you’ve earned her refusal to ride.  When characters commit fully, magic happens.

Spontaneous moments of creation can seem like shooting stars—chance occurrences, worthy of a wish.  But sitting on the back patio during a meteor shower certainly increases your odds of seeing one.  By following basic rules of improvisation: listening, saying yes, being specific, and committing fully to your choices, you as a writer will open yourself to a universe of creativity.  Maybe you’ll see a shooting star. Then again, you might spot something you never even dreamed of.

Wendy Rich Stetson is a New York City girl who still considers the Central Pennsylvania countryside to be her home.  She grew up road tripping in a 1979 VW camper van, and she keeps a running list of favorite roadside attractions from coast to coast.  Now an author of sweet, small-town romance, Wendy is no stranger to storytelling.  She’s a Broadway and television actress, an audiobook narrator, and a mom who likes nothing more than collaborating on children’s books with her teenage artist daughter.  Wendy lives in Upper Manhattan with her family of three and rambunctious Maine Coon kitty.  Follow Wendy’s journey at www.wendyrichstetson.com

When Tessa’s big-city plans take the A Train to disaster, she lands in her sleepy hometown, smack in the middle of the most unlikely love triangle ever to hit Pennsylvania’s Amish Country. Hot-shot Dr. Richard Bruce is bound to Green Ridge by loyalty that runs deep. Deeper still is Jonas Rishel’s tie to the land and his family’s Amish community. Behind the wheel of a 1979 camper van, Tessa idles at a fork in the road. Will she cruise the superhighway to the future? Or take a slow trot to the past and a mysterious society she never dreamed she’d glimpse from the inside?