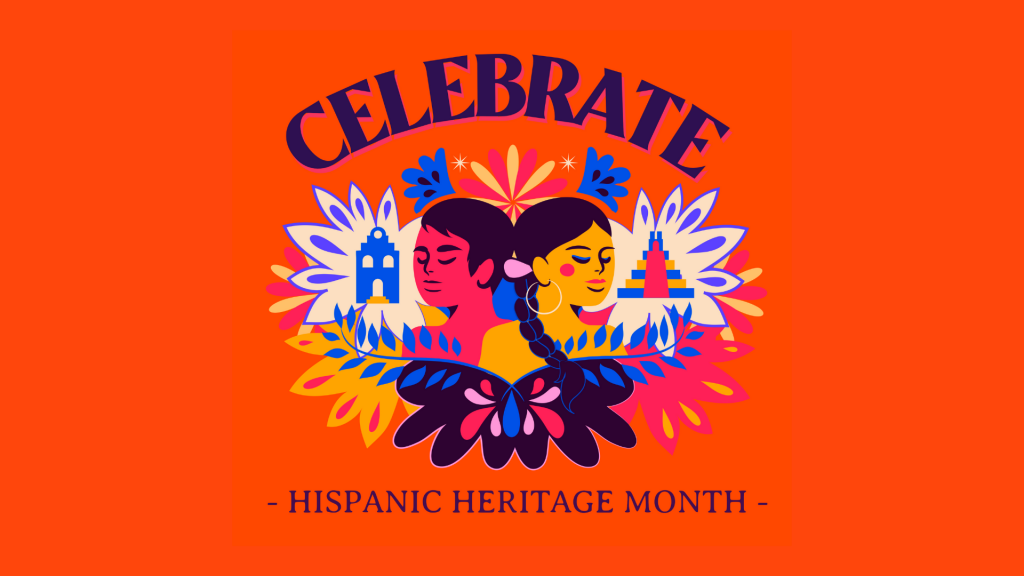 Hispanic Heritage Month – A great time to reconsider what it is to be an “American.”

September 15th to October 15th marks Hispanic Heritage Month, an entire 30 days dedicated to paying tribute to generations of Hispanic and Latino Americans who have positively influenced and enriched our nation.

Every day more Hispanics make a life in the United States, with over 60 million living within our borders. Hispanics are the fastest-growing U.S. population. Most have led exemplary lives, held jobs, contributed to the community and the economy, paid taxes, and lived as American citizens. They have become an important part of our economy, and we benefit from the labor work they do; many perform jobs that U.S. citizens won’t perform.

Besides being a major part of the economy, Hispanics have lent culture to the U.S. for generations, helping to make the country what it is today, something that not only deserves recognition, but celebration, as well.

Here are just a few notable contributions over the decades:

However, the most notable one has been the influence of the Spanish language on American culture. Today, Spanish is spoken in 41 million homes and is the second most studied language in schools.

And here are just a few notable trailblazers who have made a difference in America:

These contributions only scratch the surface. Generations of immigrant families have worked hard to make our nation stronger, and if not for their contributions, the U.S. would not be the vibrant country it is today. Still, immigrants are faced with challenges and the risk of deportation every day.

You might wonder: Why do so many Latinos leave their home countries to start a new life in America?

There are multiple reasons, political unrest, organized crime, crushing poverty, environmental issues, domestic violence or abuse of women and young girls, poor social service infrastructure, limited educational and employment opportunities, to name a few. I tackle some of these issues, as well as the crisis at the southern border, in my latest exciting 7th installment of the Zachary Blake Social Justice Legal Thriller. Betrayal at the Border is available for per-order now, scheduled for release on October 11, 2021—sometimes, work of fictions drive home important points of information far better than the news. I first tackled immigration, intertwined with prejudice and realistic political corruption, in Betrayal of Justice.

Betrayal at the Border shines a bright light on the everyday fears of immigrants all over the United States. It is a story that will pull at your heartstring from beginning to end. Reader Views says:

“Not only does the reader learn history, present day injustices, and how this topic [the immigration crisis] pits Americans against each other in many ways—they also experience a suspenseful, fast paced book. “Betrayal at the Border” by Mark M. Bello is a great read for anyone into thrillers, suspense, mystery, and action. 5 stars!”

In honor of Hispanic Heritage Month, you may preorder a copy of Betrayal at the Border for just $0.99, and it will automatically download to your device on release day. Please act now, though; the offer expires on release day, October 11, 2021.

America is the world’s greatest melting pot. Remarkably, most of our citizens’ families immigrated from other countries. Immigration is part of our DNA, one source of our strength. Is America’s greatness achieved by deporting millions of people who are otherwise abiding by our laws? Consider Hispanic Heritage Month in the context of your own heritage, won’t you? Do we need divisive walls or mass deportations, or do we need to consider what “equal justice under law” means in America? Aren’t we better than this? Hispanic Heritage Month is a great time to reconsider what it is to be an “American.”

As an attorney and civil justice advocate, author Mark M. Bello draws upon over 40 years of courtroom experience in his Zachary Blake Legal Thriller Series.

A Michigan native, Mark received his B.A. in English Literature from Oakland University and his law degree from Thomas M. Cooley Law School. After working extremely high-profile legal cases, Mark wanted to give the public a front-row glimpse of what victims face when standing up for justice.

Combining his legal experience and passion for justice with a creative writing style, Mark not only brings high-quality legal services to his clients but captivating novels to his readers.

When Mark’s not writing legal and political novels, he writes and posts about fairness and justice in the civil justice system on his website, Legal Examiner and NotFakeNews. In his spare time, Mark enjoys traveling and spending time with his family. Mark and his wife, Tobye, have four children and 8 grandchildren.

Mark’s books can be found on his website, Amazon, Goodreads, and all other online retailers. The books are available in print, or as audiobooks.

Read Our Review of Betrayal at the Border