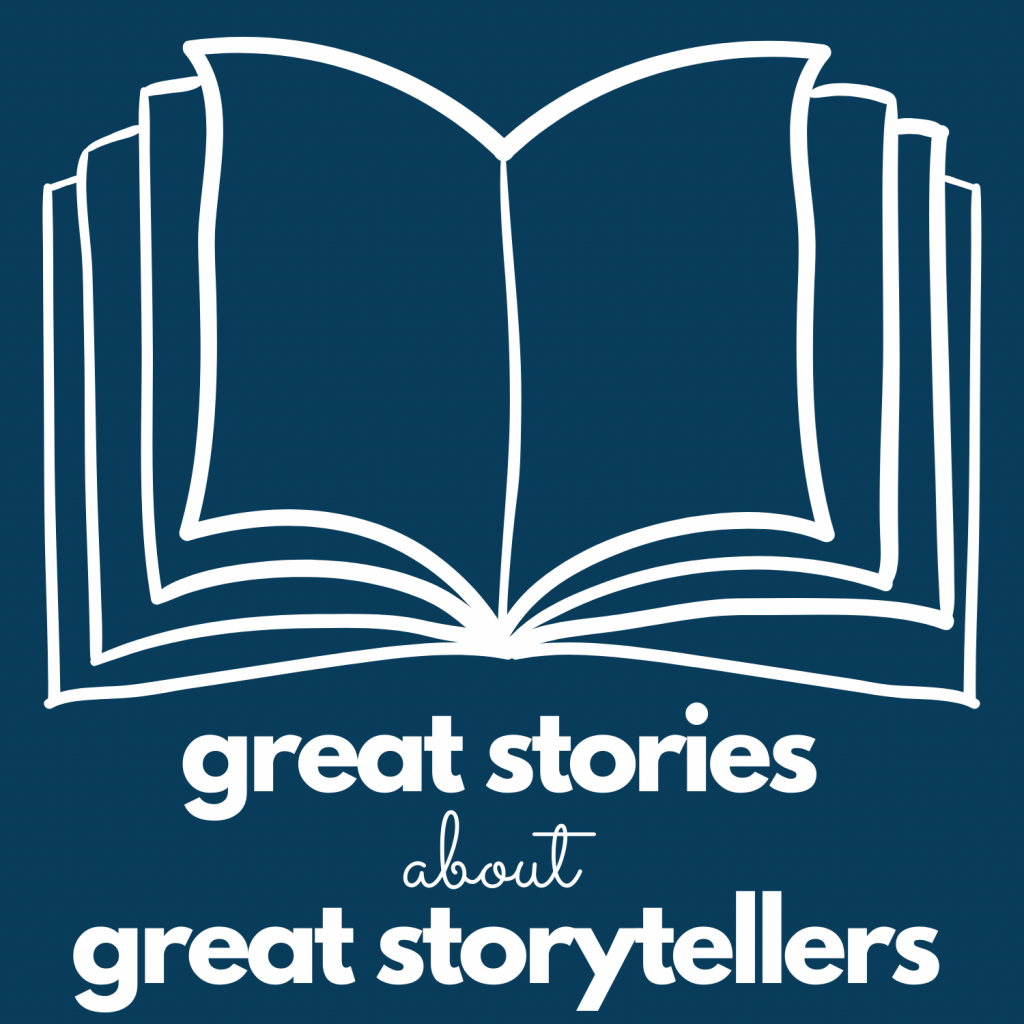 Sometimes, the lives of storytellers can be just as captivating as the stories they’ve given to us. My new podcast, GREAT STORIES ABOUT GREAT STORYTELLERS, spotlights unusual and fascinating anecdotes, backstories and tidbits about storytellers with names familiar to you, people like Walt Disney, Tom Clancy, or Agatha Christie. Though you no doubt recognize these names, you may not know the surprising stories behind these men and women storytellers I’m going to share.

When I was an English teacher—more than a few years ago—I would often regale my students with some of the intriguing backstories of the authors whose works we were reading. Many times teens had little patience with a classic like A Tale of Two Cities, but they became fascinated with the backstory of the man, Charles Dickens. In fact, my students often called these lessons some of their favorite classes.

So I thought others might enjoy learning about the unusual and sometimes downright weird stories behind great storytellers, you know–authors, playwrights, directors and perhaps even a great poet or two. Each episode of my podcast, GREAT STORIES ABOUT GREAT STORYTELLERS, will feature an interesting anecdote about a modern storyteller like J. K. Rowling or Stephen Spielberg or a classic author like or even Edgar Allen Poe or Jane Austin.

Okay, the podcast most likely won’t change your life or improve your investing strategy but you’ll probably be surprised and informed and entertained—all in only 10 to 15 minutes. On my podcast, you’ll learn the unusual origin story of John Grisham the writer or the strange relationship between the great author Sir Arthur Conan Doyle and his greatest fictional creation, Sherlock Holmes or how the incredible imagination and vision of Walt Disney was almost crushed before the world had a chance to see it. Like I said, fun and interesting.

GREAT STORIES ABOUT GREAT STORYTELLERS will be available on Spotify, Apple, iHeart Radio and Google or wherever you get your podcasts and the first episode launches February, 2022! Don’t miss it.

LISTEN TO THE FIRST EPISODE HERE!

Dr. Overbeck has served children as a teacher, college prof and school leader for more than three decades and this experience has infused his writing with a rare authenticity. Using the canvas of the normal, sedate public school, he has crafted tales of suspense, mystery and breath-taking action, where his characters—teachers, prinicpals, janitors—face daunting, out-sized challenges such as a terrorist attack or a murderer.

GREAT STORIES about GREAT STORYTELLERS shares insights into storytellers whose names you no doubt recognize—names like Edgar Allen Poe, Steven Spielberg John Grisham and Walt Disney—but reveals the backstories you probably never heard about them. The podcast features different kinds of storytellers—authors, directors, playwrights and even a poet or two.  In short 10-15 minutes episodes, this fun and sometimes funny podcast shares anecdotes and tidbits about storytellers, with each episode spotlighting a modern storyteller like Tom Clancy or a classical name like Charles Dickens, but in a very different light.