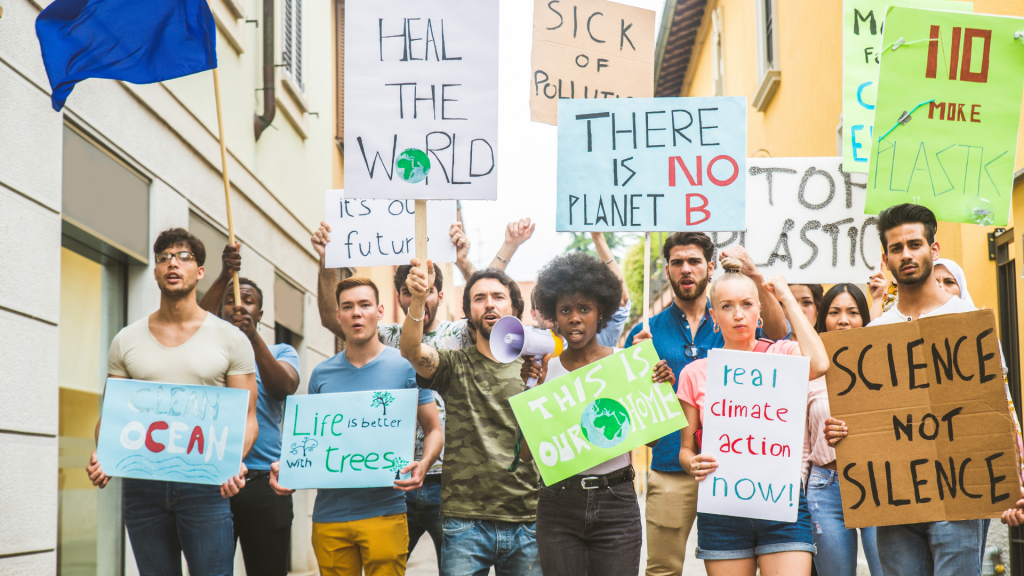 by Megan Weiss, Author of The Familiar Dead: Ghosts and Spiritualism in American Culture

If all of the ice on the planet were to melt, what would happen?  Experts theorize that sea levels would rise over 200 feet, meaning that a lot of our coastal lands are threatened.  New York City?  Gone.  Most of New Jersey and basically all of Florida?  Gone.  Of course, the catastrophic submergence of Earth’s coasts is still about 5,000 years away, but that does not mean that we are not beginning to witness the detrimental effects of melting glacial ice in the present day.

The current in question which is the focus of these scientific studies is called the Atlantic Meridional Overturning Circulation.  In simpler terms, that conglomeration of long science-y words is the name of a specific, and very large, system of ocean currents that help get warm water from the tropical south up into the Northern Atlantic.  The Gulf Stream, for example, is a major component of the AMOC, and the circulation of warm water north helps keep European temperatures stabilized.  This is especially important, because the continent sits at a high latitude.

The AMOC is slowing down, and the cause is due to cooler, fresh water from melting glaciers in the arctic entering the system and causing a disruption to the normal flow of the currents.  As glacial ice keeps melting at increasingly faster speeds, this means that the AMOC could become overwhelmed at a much earlier point than scientists previously theorized.

The potential imminent collapse of this large, essential system of oceanic currents is pushing scientists to speak out in order to encourage humans to take more serious action to help our planet.  If lawmakers and governments around the world were start pushing for, and implementing, drastic short-term and mid-term actions targeted toward slowing climate change, then this could help keep places like the arctic from continually losing its ice at such alarming rates.  It might be impossible to return to where we once were, but we can at least enact changes so that the remaining glaciers and ice masses in the arctic and Antarctica are preserved as much as possible.

Climate change scares and environmental disasters have been responsible for creating a new subgenre called EcoFiction.  Becoming popular only about 50 years ago, EcoFiction focuses on nature-oriented or environment-oriented stories.  Unsurprisingly, these narratives are often found in science fiction, fantasy and magical realism.  The subgenre started to gain traction during the 1970s because of a rise in ecocriticism, which entails the study of literature and the environment from a broad spectrum so as to encumber multiple disciplines and points of view.  This allows for readers and professional researchers to examine the prose to discern how environmental concerns are not only being approached and confronted by the writers, but also how they are being solved and navigated by the characters.  sfsf

Ecofiction allows an author to center his or her ethical arguments around the human responsibility and accountability to the environment they live in.  The physical, natural environment being focused on in the story sets up a frame of analysis through which the author can convey their themes (and, sometimes, even personal opinions) and messages, as well as a be a kind of nonhuman, but incredibly important character itself.  In EcoFiction, natural history and human history are interconnected.

EcoFiction is described as confronting issues between humans and their environments in ways that challenge traditional ideals.  Some books or stories might focus on a particular cause or movement, while others might focus more on how the author feels about a specific environmental issue.  Lastly, there are apocalyptic, dystopian narratives that are taking the literary world by storm over the last decades.

This growing niche of literature is becoming a large, explosive platform for authors and readers alike to come together and voice concerns and hopes, as well as brainstorm solutions and reforms so that the human race might be more inspired to take real, affirmative action to help curb the increasingly negative effects of climate change.  It is still largely a developing genre, but its holistic, interdisciplinary and cross-cultural approach to tackling tough environmental issues will see it become a forceful movement in modern literature.

Below is a list of books that can be considered part of the subgenre of EcoFiction, broken down by what aspect of ecocriticism they focus on.  These range from childrens books, to contemporary and Young Adult fiction.

Have you read any eco-fiction? What are some of your favorite titles?

I have had a passion for reading and writing since I was in junior high. I remember trying to write silly little stories as a kid in elementary school, and gradually worked my way up to reading and writing longer, more serious works.  The more experience I gained, and the more books I read, however, pulled me farther and farther into the literary world! I like to think that books found me at the times in my life when I needed to figure out where I belonged the most.

I have a Master’s Degree in Public History from Southern New Hampshire University, as well as Bachelor’s Degrees in Creative Writing and English and a minor in Anthropology. Most of my free time is spent getting overly emotionally attached to YA novels, hanging with my dog, or finding weird history topics to research.

My most notable publications are: The Familiar Dead: Ghosts and Spiritualism in American Culture, The Cobblestone Era: A History and The Spoken Word, a YA supernatural thriller.