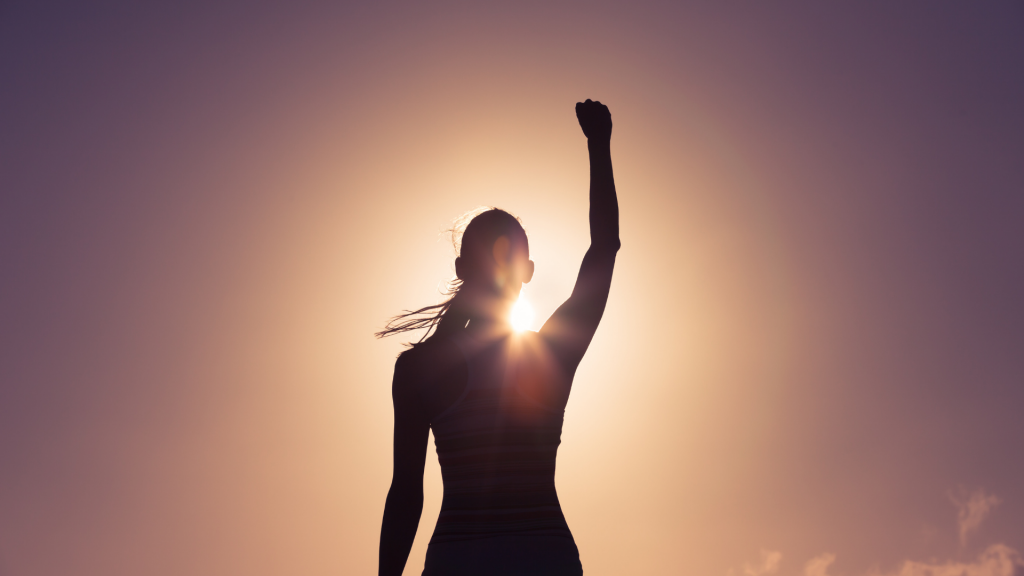 Be Inspired by Strong Women

“A Strong Woman looks a challenge in the eye and gives it a wink.” ~ Gina Carey

March is Women’s History Month, a time dedicated to reflecting on the many notable accomplishments and contributions by strong, determined women. From suffragists and civil rights activists to modern-day politicians and CEOs, women’s achievements have helped pave the way for women of today.

Last year’s celebrations were interrupted by the pandemic. Despite the challenging times we still face, the National Women’s History Alliance is determined that women’s historical achievements will not be forgotten or silenced. That’s why last year’s theme – “Valiant Women of the Vote: Refusing to be Silenced” has been extended.

Silence and powerlessness go hand in hand. Silence is the unsaid, the repressed, the erased, and the unheard. However, we can look to suffragists like Elnora Babcock or civil rights activists like Ida B. Wells and Shirley Chisholm, who championed voting rights for women and blacks. Or, acknowledge writers such as Maya Angelou, the Nobel Peace Prize-nominee Stacey Abrams, and successful CEOs such as Marry Barra. Supreme Court Justice Ruth Bader Ginsburg and First Lady’s Eleanor Roosevelt and Michelle Obama have shown that women can make a difference if they let their voices be heard. Even the pandemic could not silence our first female Vice President – Kamala Harris.

All these women demonstrated the perseverance to power through attempt after attempt to shut them down. And, in doing so, they taught us all that having a voice is crucial to bring about change, inclusion, recognition, and justice. They have shown that we can break through narratives about sexual assault, immigration, gender, race, and violence. Take for example the #Me Too Movement. It only took one woman’s voice to spark a chorus of voices to implement a cultural shift.

Although you may not be able to engage in community celebrations this month, there are many things you can do in honor of Women’s History Month. Take this time to understand history and use that knowledge as strength for the future. Just because you aren’t personally impacted by sexual assault, racism, bigotry, or police brutality, it is important to hear such stories and recognize that they are intolerable, and it is time for change. Pick up a book – fiction or nonfiction. Choose to read about one of the women I mentioned above or find another. There are many to choose from on numerous topics. You may also want to consider my Zachary Blake Legal Thriller novels. Five of the six have strong, leading ladies who face modern-day issues, refused to be silenced, and fought for a cause. Books 1 through 5 are available through Amazon for just $3.99 (e-book) and $14.99 (paperback).

Additionally, book 6, Supreme Betrayal is available for pre-order, with a release date of April 2. In honor of Women’s History Month, you can pre-order Supreme Betrayal for just $0.99. Hurry; this offer is only valid for the month of March.

The most important message I can leave you with is to remember – words bring us together; silence separates us. The time is now to use your voice, not only for women but for the country.

As an attorney and civil justice advocate, author Mark M. Bello draws upon over 40 years of courtroom experience in his Zachary Blake Legal Thriller Series.

A Michigan native, Mark received his B.A. in English Literature from Oakland University and his law degree from Thomas M. Cooley Law School. After working extremely high profile legal cases, Mark wanted to give the public a front-row glimpse of what victims face when standing up for justice.

Combining his legal experience and passion for justice with a creative writing style, Mark not only brings high-quality legal services to his clients but captivating novels to his readers.

When Mark’s not writing legal and political novels, he writes and posts about fairness and justice in the civil justice system on his website, Legal Examiner and Injury Board. In his spare time, Mark enjoys traveling and spending time with his family. Mark and his wife, Tobye, have four children and 8 grandchildren.

Learn more about Mark M. Bello and his work at: https://www.markmbello.com/

Sheri Hoyte with Reader Views recently caught up with Mark M. Bello to learn more about writing strong female protagonists. Here’s what he had to say…

Hi Mark, thanks for stopping by today.

Thank you for having me.

While Zachary Blake is the legal hero in all of your books, four of your legal thrillers feature strong female characters. Is there a reason you often chose strong female protagonists?

The first book, ‘Betrayal of Faith,’ was based on a real case. Although that set the tone, I didn’t set out to choose females leads.  However, I think that a woman standing up to male-dominated power dynamics is a more compelling story.

Is it harder, easier, or no different to create and develop female characters/protagonists than a male?

I don’t think of it that way. An event happens that compels me to write a story, and I develop characters from that premise.  A good example is ‘Betrayal in Black.’ The book was inspired by numerous shootings of innocent black men by white police officers. Naturally, the person who seeks help from hero lawyer Zachary Blake is the victim’s wife, a woman. The story dictated the characters and helped develop them.

Your lead female protagonists don’t seem to have physical abilities, so what makes them strong female characters?

Did you grow up in the shadow of a great woman? Was she someone you thought of as a real-life Superwoman?

Not in the same context as my novels.  My father was the only man in his family (he had four sisters), and my mother also had four sisters (she lost her brother at a young age). Strong women dominated both sides of the family, and my immediate family was, absolutely, a matriarchal family. Mom was active in our development; Dad was loving and passive.  Mom took no guff from anyone and staunchly defended her children. That doesn’t mean that Dad was not an important role model. He worshipped my mother and treated her with love and respect. Recognizing her strength did not diminish his own; he was quieter about it.

I’ve been married to a strong, independent woman for almost 46 years. Not only did she raise four successful children, but she worked full-time, battled employment discrimination with strength and determination, and achieved success in a male-dominated environment. Is it sexist to say I’m proud of her?

Do you think it is important to have strong female characters for male readers as it is for female readers?

I think they have equal importance. Men need to know and accept that women can do anything a man can do (probably better), and women need to have the confidence to take the plunge. Both sexes can be inspired by real and fictional examples of strong, independent, and inspirational women

Is there any author you look to for inspiration?

My work speaks for itself. Real people and real cases inspire it. Having said that, I am inspired by ALL authors, male and female. I know how difficult writing novels can be, and I have a great deal of respect for people who do it very well and/or very successfully (not necessarily the same thing).

It seems that even today, there are few female leaders in fiction. Do you think leadership is still seen as being “male”?

If they are just fictional characters, does it really matter?  I don’t see it that way at all.  There are thousands of books by thousands of talented authors, with thousands of characters, male and female. I just disagree with the premise of the question.

Absolutely.  A leader is a leader and a role model – male or female. However, I do think it is important to introduce women in previously male-dominated roles or settings. Today’s young readers need to experience strong female characters. Women in these roles need to appear commonplace to our young readers, so accepting women in formerly non-traditional situations becomes the norm to tomorrow’s leaders. For a man to look up to a woman or be the employee of a strong female employer does not make that man “weak”, and will, hopefully, soon be as American as apple pie.

Anything you want to add?

Yes. I’d like to see more men write about inspirational women. I hope my female protagonists’ character and strength inspire a change in attitudes across racial, ethnic, and gender lines. It is important for all of us to work together as equal partners in shaping the future of America.