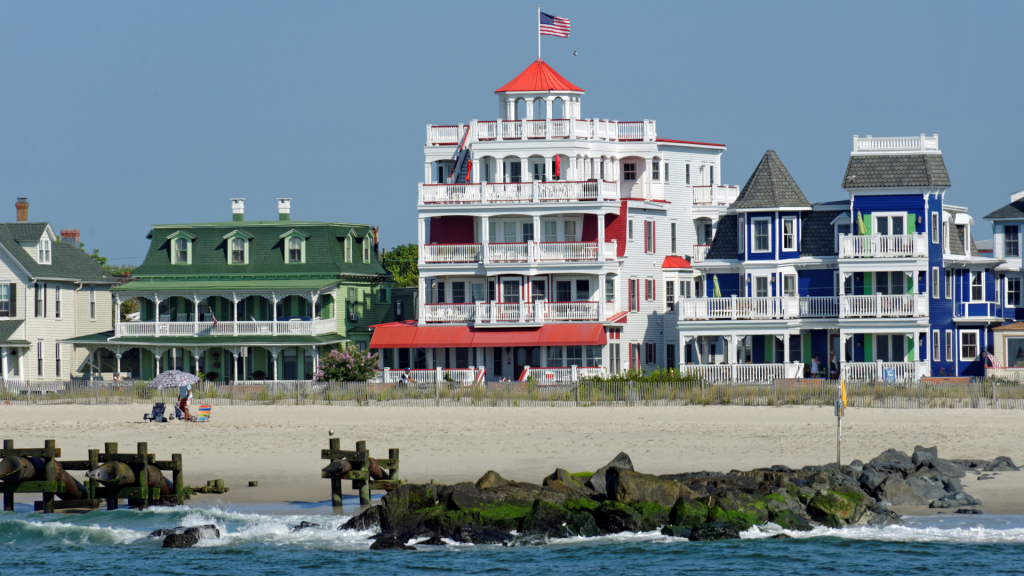 Any good writer knows the importance of the right setting for their narrative, of creating the appropriate “world” the reader can inhabit for hours at a time. While this is a common mantra for science fiction writers—world building is a critical part of that genre—it is equally true for all fictional genres including mysteries. Sometimes this “world” can be as familiar as a small resort town or as unusual as a completely different time or place, even one the reader has never experienced.

But a great writer recognizes that the truly apt setting can raise the narrative to the elite status and make it truly memorable long after the reader finishes the final page. The great writer creates such an authentic setting that so resonates, the reader couldn’t envision the tale any place (or time) else. In these elite fictional works, the setting and the story are so entwined  they become inseparable. A few examples should clarify this point.

Walter Mosley’s “Easy Rawlins” books are set primarily in the black ghettos of LA during the early sixties and his portrayal of life for his African American protagonist and his family and friends becomes so real, so tangible, that even a privileged white guy in 2020 gets an actual sense of what their lives, surroundings and conditions were like. Of course, Mosley could have set his tales in another urban setting and make it work, but since LA has become so iconic in fiction and film, it seems more than appropriate he chose his setting of a darker LA as a contrast to the bright lights version of the City of Angels. Mosley’s latest entry in this series, Charcoal Joe, continues this esteemed tradition. The author doesn’t flinch when showing the reader the underbelly of this world and the flaws and strengths of his characters. By the time we close the book, we really do feel like we were there and knew these people.

Speaking of feeling like being there, the historical novel Burr by Gore Vidal accomplishes that better any of that genre I’ve encountered. For the uninitiated, Burr (published 1973) is a fictional account of the early days of our republic—with more than a few scenes from the American Revolution—told through the eyes of Aaron Burr, the second Vice President and infamous scoundrel of the time. This historical novel is fun on many levels, not the least the very different perspective of our founding fathers as conveyed through the words of Aaron Burr, a not altogether reliable narrator. But more than anything else, Burr submerges the reader in late 18th century America from the feel of the clothing, to the slop dumped from upstairs windows onto the street, to the smell of bodies too long without a bath. Thanks to careful and extensive research, Vidal creates a very authentic Philadelphia and New York (circa 1775-1820) where readers walk the cobblestone streets, climb the rickety stairs and try feebly to get warm in front of a small fireplace along with Burr and the litany of players in his world. Over the years, I’ve returned to this remarkable historical novel more than once, always drawn by wanting again to visit this world created by Gore Vidal.

The Devouring by James R. Benn

James R. Benn has managed to create a series of stories that are both historical novels and engaging mysteries. His “Billy Boyle” series follow a young Boston detective who is drafted in 1941 into investigative work under General Eisenhower and is sent to different locations along the front lines of World War II to catch murderers. While the murder mysteries are fairly typical—though always with complications because of wartime rules—the locations of different entries in the series are what draw readers most, I believe. My favorite so far (I’m still reading my way through the series) is The Devouring, an intriguing tale set near the end of WWII in “neutral” Switzerland, a story about looted gold, post-war Nazi riches and murder, of course. This mystery has much to recommend it, but I found the setting so powerful—both disturbing and unnerving—that scenes have stayed with me for months. In his novel, Benn peels back the veneer of this country’s supposed neutrality and reveals the ugly collaboration of the moneyed interests in Switzerland with the Nazis, right up to the end of the war. In a scene only obliquely connected to the central storyline, the Swiss natives blithely observe as a Nazi train of Jews is driven through this “neutral” country to the death camps, all the while the captives screaming and pleading for rescue. The scene created by Benn is so authentic that readers will cringe for days later, as well we should. That’s a powerful use of setting.

My final exemplary offering is from a well-known mystery writer—William Kent Krueger—though my example is not one of his mysteries. Oh, his Cork O’Connor mysteries do a stellar job of capturing his favorite setting, the beauty and desolation of Upper Minnesota and I could site any entry. But instead, I’ve chosen his latest work, This Tender Land, a coming-of-age story of a young runaway’s desperate trip down the Minnesota and Mississippi Rivers, ala Mark Twain’s Huckleberry Finn. The timing for the tale is 1932, right in the heart of the Great Depression. In this historical novel, Krueger uses the various physical settings of the story—the ugly, swollen and stinking waters of the rivers, the cracked and parched soil, the ramshackle huts—to immerse the reader in those desperate and difficult times. The novel has all the hallmarks of great fiction—engaging, credible characters, plenty of mystery and murder, a plot with surprising twists and, of course, expert writing. But as I think back over the narrative, the most memorable aspect for me was truly the setting. This novel proves my earlier point. In This Tender Land, the story and setting are so entwined, it is impossible to imagine one without the other.

As an author myself, I’ve tried to learn from the skillful work of these and other talented writers. As I’ve imagined, developed, and wrote my Haunted Shores Mysteries, I endeavored each time to create a “real world” that readers could immerse themselves in and enjoy. Like Kreuger and Vidal, before starting my each novel, I completed extensive research on the location to make sure I got the setting accurate and believable. For the first installment, Blood on the Chesapeake (2019), I worked to create a fictional resort town on the Eastern Shore of the Chesapeake, where a lynching had occurred decades earlier, the crime covered over and forgotten. For my latest entry, Crimson at Cape May (2020), I worked with local experts and historians, strolled the white sand beaches, drove the streets, sampled the food and visited with merchants—all with the aim to create a Cape May both natives and travelers would recognize. I also selected the location carefully, even before I put pen to paper, so that, when I finished, readers would see how story and setting are entwined.

Now I don’t claim to be in the same class as the expert writers noted above—sometimes I’m not comfortable being in the same room as they—but I believe readers will find my world of the 1999 town compelling and more than credible. In fact, if readers haven’t had the chance to visit this delightful, unique resort town, I guarantee after reading Crimson at Cape May, they will include the town at the tip of New Jersey in their “to-visit” list.

The narrative of Crimson at Cape May involves a horrendous crime linked in some ways to shipping and transportation, the New Jersey area being a major transportation hub for the entire Eastern US. Like many resort towns, Cape May possesses a dual nature. On the one hand, it offers the lure of pristine beaches and the draw of lavish Victorian architecture and delightful dining. On the other hand, the resort nature of the town is only possible because of the poverty and hardscrabble life of an underclass needed to support this style of living. I’ve done my best to capture all of this “world” within the novel. And, not least of all, Cape May has long boasted a reputation as the most haunted seaport in the Eastern US, which of course made it a perfect fit for my ghost story/mystery.

My advice: just don’t be surprised if you run into a spirit or two while you’re visiting.